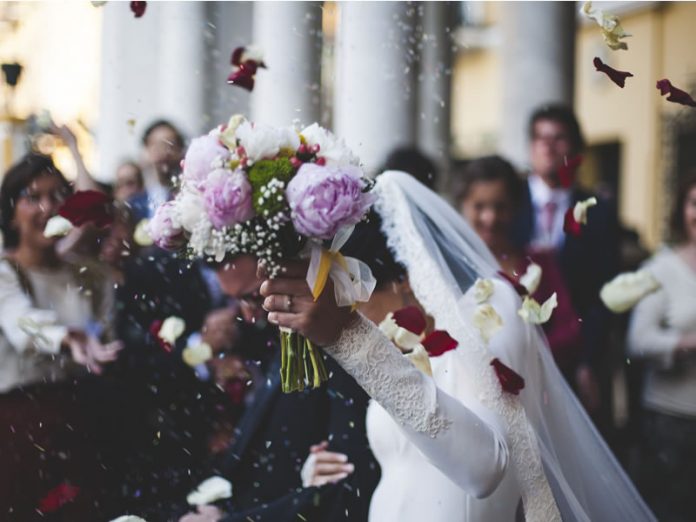 In almost all cultures around the world, there exists some form of wedding celebration, that sees the joining of two people in a union with one another. And at the very heart of these wedding rituals are a set of conditions. In the UK there’s the cutting of the cake, the something old, new, borrowed and blue, the tossing of the bouquet, as well hen and stag do larks.

Although the impulse to mark the joining of two families is universal, the traditions and customs differ drastically between cultures. Here are some weird, wonderful and downright wacky wedding traditions from around the world that you probably don’t know. Who knows — you may even be inspired to adopt a couple into your own wedding day!

In the UK, we’ve become accustomed to the down-on-the-knee and ring-in-the-box proposal and the classic proclamation that “she said yes,” — but that’s not the only way to ask someone to spend the rest of their lives with you. Kidnapping the potential bride is a slightly bizarre and surprisingly common tradition that is practised all around the globe.

In Romania, a hopeful groom-to-be steals away the woman of his dreams and keeps her “captive” for two or three days. Legend has it that if you can keep your desired girl by your side for this amount of time, she can officially be declared to be your wife. In Eastern Java, Indonesia, when a man finds the woman he wants to spend the rest of his life with, he must first kidnap her from her family. Things can get a little dramatic when the family pretend that they don’t know who has taken her and set out to find her. Germany also has a kidnapping tradition — but this time the bride is kidnapped by her friends and it’s up to the groom to track her down like a white knight.

How many brides have cut down on the carbs, sworn off chocolates and sweets, and resolved to lose weight before the big day? We’d guess, quite a few of you. Wedding day weight loss is now big business, and there are thousands of different pills, creams and retreats to get you looking wedding day ready. But those extra pounds aren’t always considered negatively.

In Mauritania, girls between the ages of five and fifteen are sent off to aptly named “fat farms” in preparation for their future wedding day. These camps are designed to bulk up the girls and pile on the pounds. In Mauritania, the bigger the bride, the better — literally. Stomach rolls, love handles and thigh gaps are a sign of beauty and fertility.

Stag and hen dos have taken on an almost legendary status thanks to films such as “The Hangover” and “Bridesmaids.” The party, the drinks, the personalised t-shirts emblazoned with risque designs are now considered a rite-of-passage for all brides and grooms-to-be. But when compared to Scotland’s “blackening of the bride”, the tequila shots and phallic paraphernalia seem almost sweet.

As well as getting jolly in the local club or pub, Scottish brides-to-be are also pelted by their hen party with handfuls of rubbish. Amongst the most popular items to throw at the bride are curdled milk, tar and feathers and rotten fish — lovely! The blackening of the bride ends with the bride tied to a tree. Why would anyone endure such a thing? Well, legend has it that if you can withstand this humiliation, then you’ll be able to face whatever life throws at you while married — let’s just hope its not more rotten fish!

Married life is not all rainbows and butterflies — it takes commitment, trust and hard work to ride the trials and tribulations that life throws at you. Thankfully for optimistic couples, there are some precautions that you can take to see that you make it through your marriage.

In China’s Yugar culture, grooms are given three chances to shoot their future brides with a bow and arrow with the goal of striking her. Once all three arrows have been fired, the groom snaps them in two in a symbolic gesture of their unwavering love and commitment to each other. Don’t worry, the arrowheads are removed before they’re shot — but it gives a whole new spin to Cupid’s bow and arrow.

In Germany, couples are encouraged to start working on their teamwork skills straight away at their wedding ceremonies. As is traditional in most cultures, German wedding guests are expected to bring gifts and tokens for the bride and groom — all the usual things, such as crockery, porcelain, and fancy glass. But sadly for German couples, their presents don’t last long. Instead of taking their gifts home, the wedding guests proceed to smash them on the floor and the bride and groom are then expected to clear it all up. As they sweep up their broken gifts, they symbolically enact how they will work together throughout their marriages to overcome any challenges.

The wedding night is a big night — there’s no doubt about it. It’s always been a night shrouded in superstition, but in Korea and France, wedding night traditions take a turn towards the surreal.

In Korea, nervous grooms are seated, instructed to take off their shoes, and then slapped on the feet with a dead fish or a piece of cane to give them confidence and stamina for the night ahead of him. In France, things take an even more unsavoury turn. After the celebrations are over, the wedding party collects up any leftovers and rubbish, mixes it all to make a soup, puts it in a toilet bowl and takes it to the newlyweds who’re expected to drink it…. from the toilet bowl! Supposedly, this helps to give the couple energy for the night’s activities!

Dewi - May 19, 2022 0
Roowedding.com - The industrial wedding theme is actually a flexible concept that can match up with other ideas. From the minimalist, elegant, and...

Dewi - May 13, 2022 0
Roowedding.com - After you got the theme for your wedding, it's time for you to begin choose about decorations, venue, and invitation. There are...

Dewi - May 9, 2022 0
Roowedding.com - A Perfect wedding is what all brides really want. Since this is a special moment, they want everything to look amazing even...

Dewi - April 28, 2022 0
Roowedding.com - How your Halloween wedding would run perfectly it's depending on your decorations and wedding costumes. For this, there is a lot to...