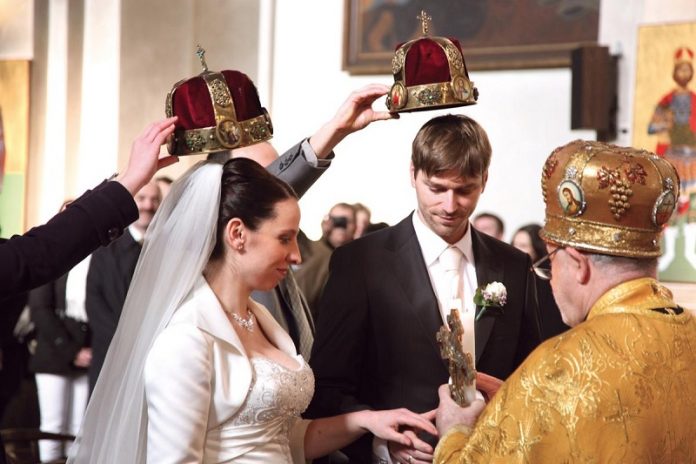 When you think about weddings, you probably have a myriad of thoughts that come to your mind.  As a guest, weddings can appeal to all of your senses. There is delicious food to eat and smell, tasty drinks, beautiful flowers and decorations, and sheer joy that comes from some of your loved ones tying the knot.  As a bride or groom-to-be, you probably consider other things, such as expense, logistics, and exactly what you need to do to make this event go off without a hitch. You probably also have a lot of questions. Is a bouquet necessary?  Who should walk the bride down the aisle? Why do people wear wedding bands?

The following are some of the explanations and meanings of bridal traditions that you’ve always wondered about.  Here are 6 of our favorite wedding traditions, and their origins:

Of course, we haven’t even begin to touch on all of the traditions, there are so many.  They’ve all evolved throughout time, and each one has its own storied history. If you are getting ready for a wedding, make sure to research the meaning of each item before you nix or add something to your special day — you may find that it ends up holding even more meaning if you do.

Dewi - September 30, 2022 0
Rowedding.com - In any wedding reception, you'll find iconic parts like the wedding cake. The common and usual wedding cake is made from a...

The Complete Guide to Plan a Fall Wedding: Fashion, Decorations, &...

Dewi - September 30, 2022 0
Rowedding.com - First and foremost, congratulations on your marriage! So you've set a date for a fall wedding. All you have to do now...

How to Plan Tropical Wedding: Tips and Things To Consider for...

Dewi - September 23, 2022 0
Rowedding.com - When you ask about unique and amazing wedding concepts, a tropical wedding can be your choice. After deciding what to make for...

Dewi - September 19, 2022 0
Roowedding.com - Korean style has been popular among the world not only in K-Drama, movies, and singers but also with their flawless makeup and...

Dewi - September 14, 2022 0
Rowedding.com - Do you plan on a rustic wedding? If you are planning with that theme, you need to draw it on your aisle...

The Complete Guide to Plan a Fall Wedding: Fashion, Decorations, &...

How to Plan Tropical Wedding: Tips and Things To Consider for...